The ponzi goes into overdrive....

Posted by Chartrambler at 19:11 No comments:

Posted by Chartrambler at 16:37 No comments:

here is the wave count I was looking at...seems complete and the rising wedge has broken

The European markets are weak this morning .Ftse seems to be backtesting broken wedge

Its possible this wave has ended,although it would be odd before FOMC day. Bears need to see a close below the previous close (horizontal line)

Im not really a waver but this was a count I have been watching. Breaking down out of the wedge should be at least a short term sell,regardless of the wave count
(S&P 2 hr chart)

Unsurprisingly European marketsare weaker. The Cac looks like it already finished C , with a truncated 5th

Posted by Chartrambler at 08:13 No comments:

HYG looking vulnerable,( not a good omen for stocks)

Elliott wave analysis of the FTSE from Nouf

some interesting charts featuring megaphone patterns.Thanks to JohhnyGeneric for the link


"The Western banking system, and particularly the Federal Reserve, have finally become a ticking bomb. At this point, you are either cognizant of the suppressed reality of events that have admittedly succeeded since the 1930s, or you should not be reading articles like this one. It is with incredible irony that the ultimate defeat of the West will be at the hands of the once, and still vilified "evil" nations of China and Russia. While they are building economic bridges around the world, fostering growth, the US/UK led West has only debt, financial destruction, and war, including human destruction as playing cards about to be trumped. Sadly, it may still get uglier as the West becomes more dangerously reactive, clearly demonstrating the elites know no other way.
Nothing, absolutely nothing will impel the price of gold and silver higher until the elites have lost total control over their deeply entrenched system. This means the loss in power of the no longer almighty Federal Reserve Note, better known as the "dollar. The never- ending War Against [insert any reason here] by the tenant of the White House, doing the bidding of his landlord, the New World Order banking elites, is ratcheting up as a sign of desperation that the end is near.
When it happens, it will likely be at a fast pace, perhaps faster than most are prepared, except for those already long the physical. Like many, we bought physical on the way up, held it, and added on the way down, some of which are almost half the value, in silver. At no time has there been any rear-view mirror regret. This is but a temporary phase of a seeming decline in value for taking a stance against an out-of-control Western banking system now closer to collapse than ever before."
Posted by Chartrambler at 12:57 No comments:

A formidable German lady lays into Merkel's policy on Ukraine in the German parliament. Good video (subtitled)
Posted by Chartrambler at 12:56 No comments:

This square is 2 years (720 degrees ) and 1200 points.There was a bullish twin towers pattern at the recent  low but the last two weekly candles have bearish tails. On the daily chart I would watch to see if it can manage a bullish cross on the 20 and 40 day moving averages.Breaking 1200 again would be a problem for bulls

looks like 5 was a matching wave with 1. My guess is that  this whole wave from 1820 is a B wave,with C down to start soon

Broadening Top ? Thanks to Uempel,a poster at Daneric's for the chart 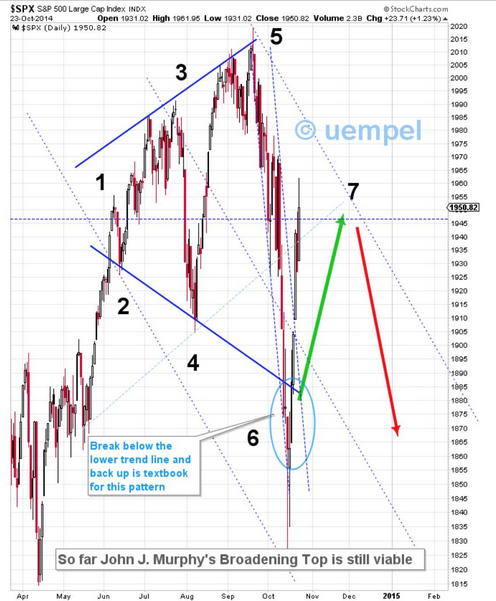 Posted by Chartrambler at 00:30 No comments: 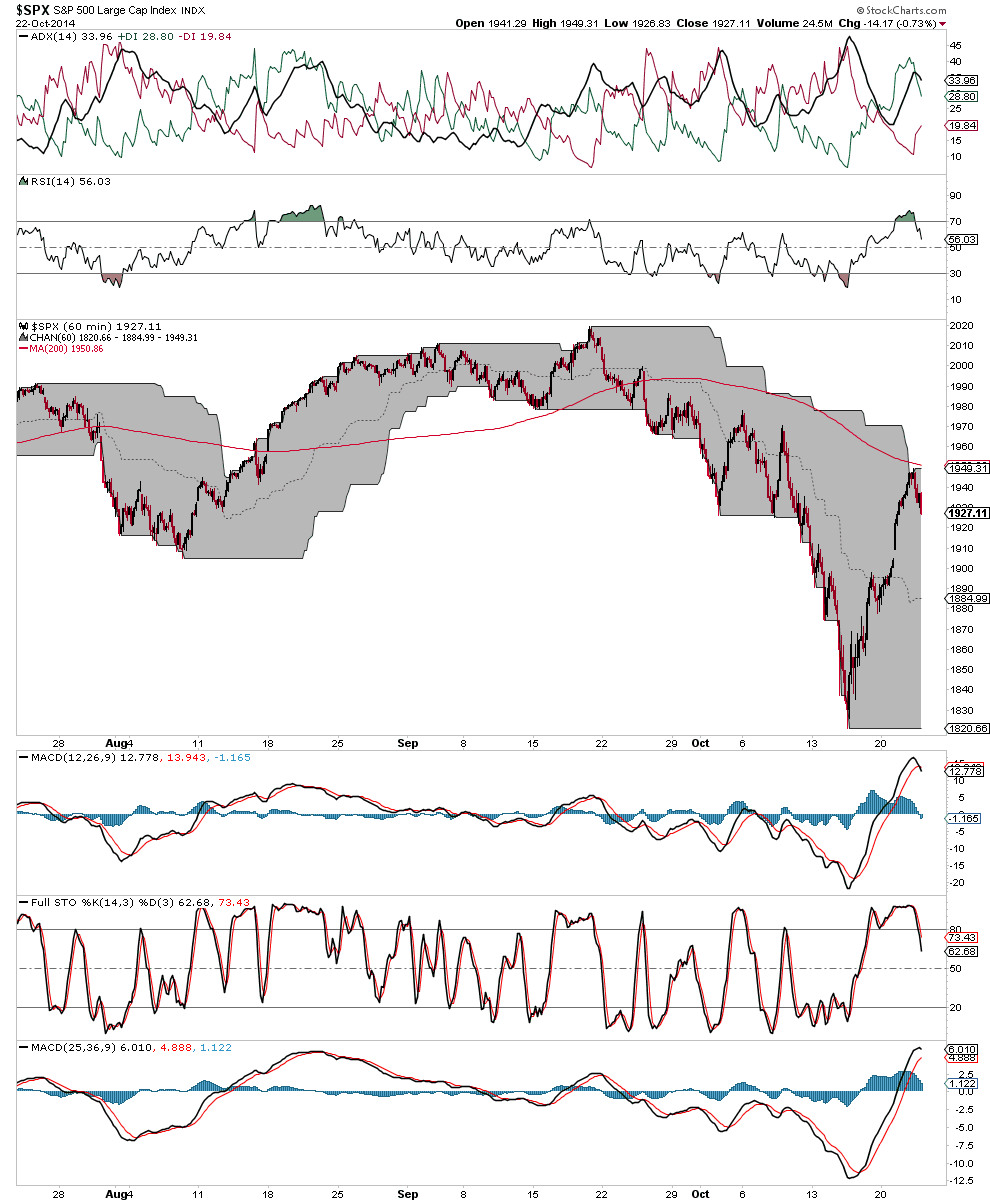 Posted by Chartrambler at 08:15 No comments:

ABC and D with E to come to complete triangle ?

Tomorrow is 90 degrees from the July 19 high.Its also a solar eclipse.I marked in with circles where time and price coincide against the lower 2x1 angle  (approx 1952 ) 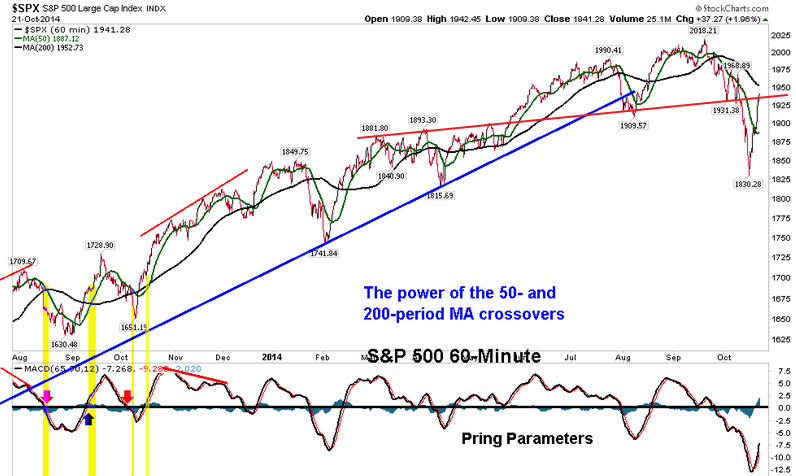 Bears need to see a decent reversal candle soon....a shooting star or evening star or such like
We reached fibonacci resistance around 1943. Im also watching 1964 (144 points) and 1971,an 8.33% move off the low

Posted by Chartrambler at 12:14 No comments:

coffee looked to have made an important top last week.Watching for a gap fill attempt and resumption of the down move 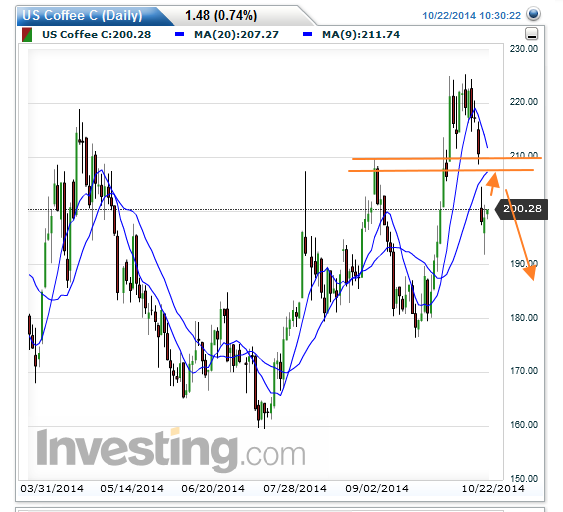 Posted by Chartrambler at 10:34 No comments:

Watching the Dax to see if a triangle is forming

Posted by Chartrambler at 08:23 No comments:

These charts are from Breakpoint Trades (see bloglinks) 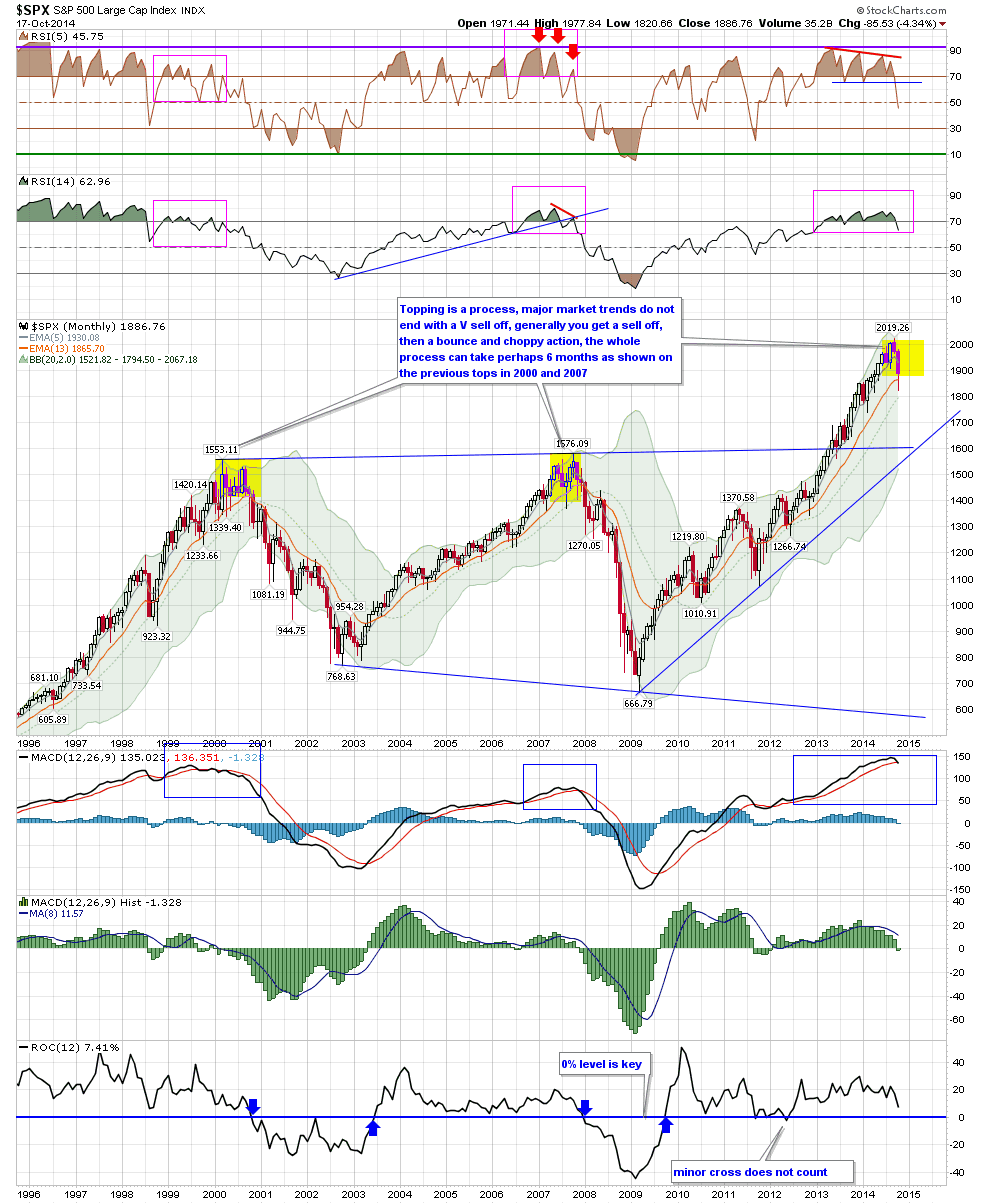 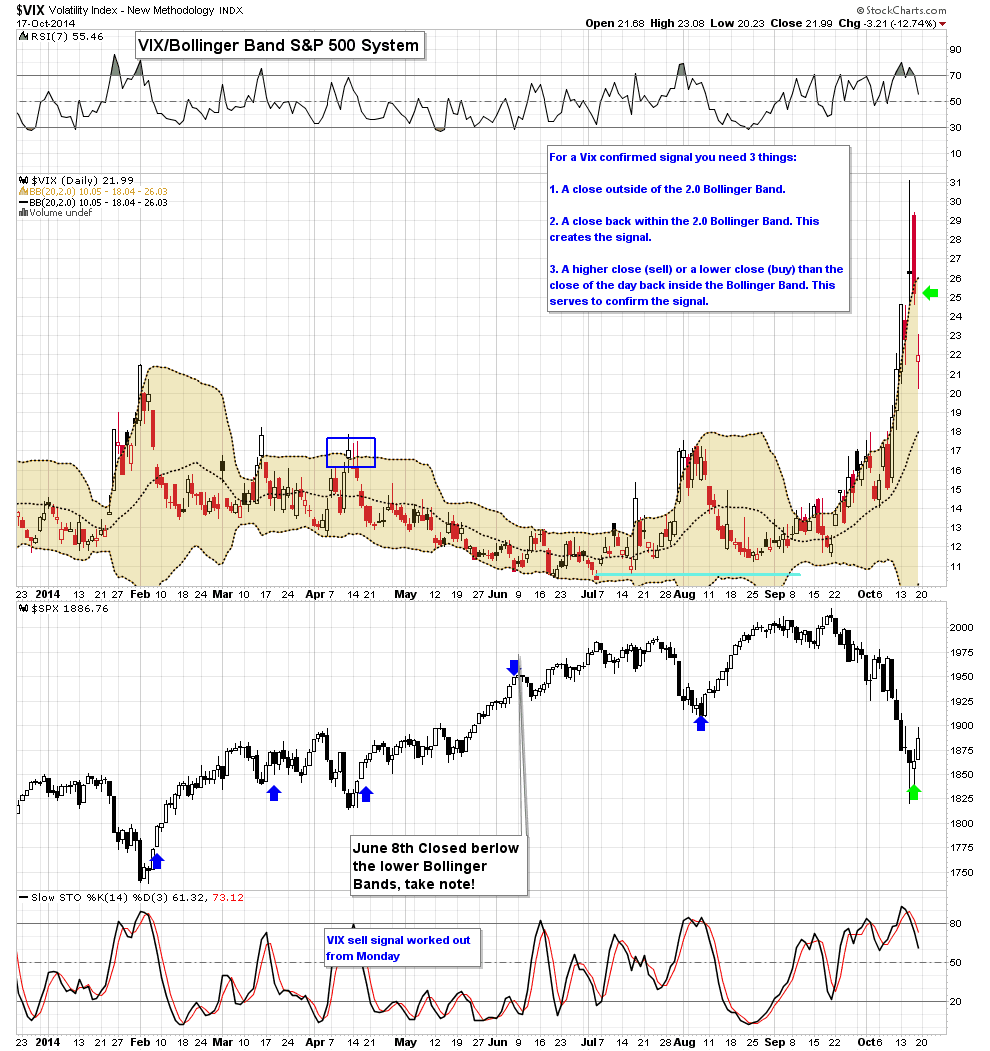 so far the market has dropped like a stone from our Gann resistance levels and the 2025 day cycle/price alignment that I have been mentioning (2025 is the square of 45)  We had a reversal on Thursday and it is difficult to say how far this might rally (my guess is that 90 points off the low would be enough,which is around 1910,but the key point is that more downside is expected

here are 2 possible scenarios I see for the NYSE

John Hampson with interesting thoughts and charts as usual

Posted by Chartrambler at 13:29 No comments:

Posted by Chartrambler at 09:07 No comments: 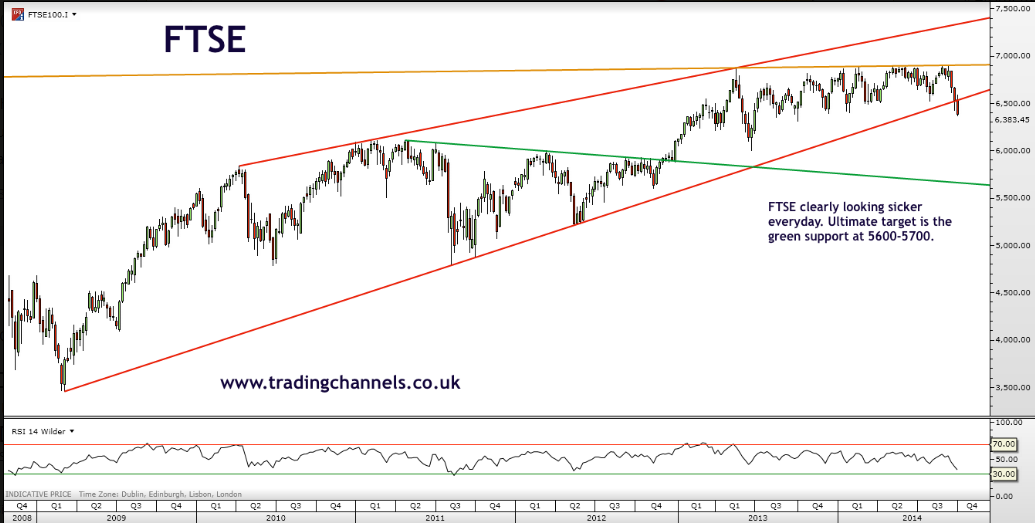 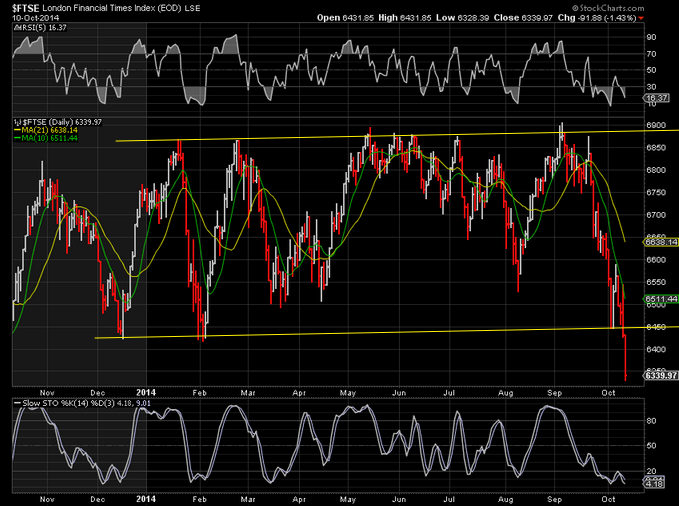 Chinese gold accumulation
Posted by Chartrambler at 12:56 No comments: 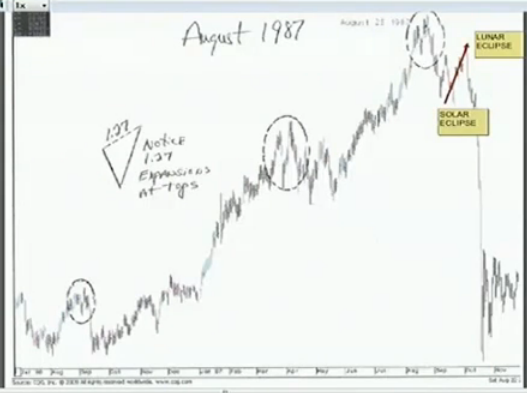 Posted by Chartrambler at 11:57 No comments: 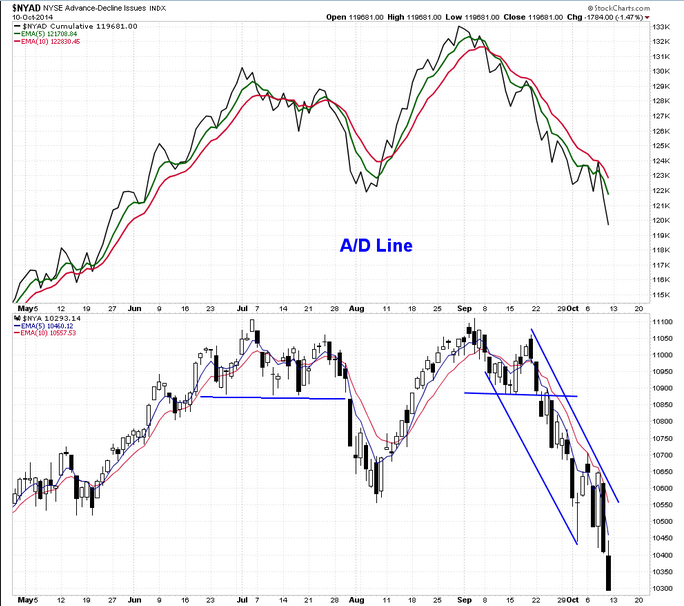 Posted by Chartrambler at 12:22 No comments:

Posted by Chartrambler at 01:53 No comments:

the bearish Gann angles have contained the rally attempts

Posted by Chartrambler at 01:18 No comments:

Posted by Chartrambler at 16:50 No comments:

markets lookng very vulnerable.I was expecting the Dax might find more support at 9000 but now suspect 8750 is on the cards.Ftse and Nikkei charts follow

(comments by Crop Circles)
" DAX...trades in the frame from 0-10000. All markets, stocks, mutual funds, stocks, and commodities know they math. The yellow 1/8 and 7/8 horizontal/vertical lines will stall, turn or repel price 75% of the time. The 100% 8/8 line at 10000 turned price back hard and fast. Note the price action at the 50% 4/8 line 9375 as it follows the rules where we should expect the most support/resistance, gaps and drive thru price action for the frame we are set to." 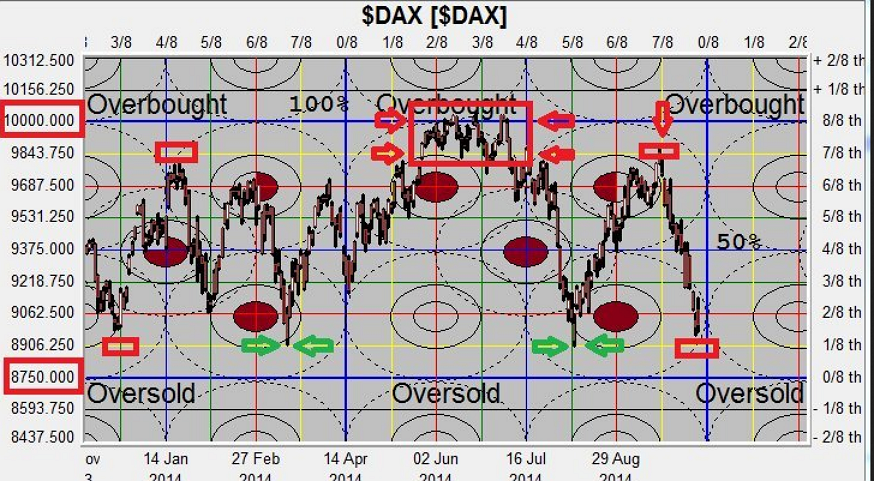 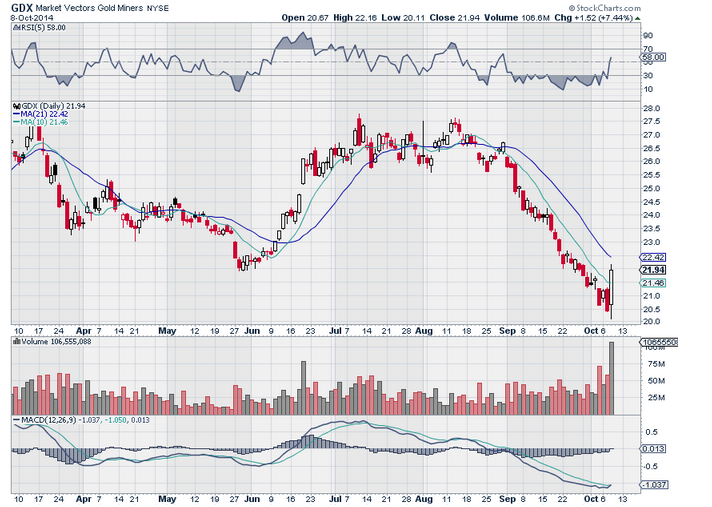 Price rejected the 197.4 level. A LH and LL is needed to confirm