a good discussion on Gann swing charts   http://www.ensignsoftware.com/blog/tag/gann-swings/
Posted by Chartrambler at 12:10 No comments:

Posted by Chartrambler at 08:42 No comments:


The ‘Murder’ Of Julian Assange

Americans are largely blind to the war and financial crimes perpetuated in their name. Part of this is the result of indoctrination through propaganda media, but to a large degree Americans are incurious and unbothered by the criminality of their leaders and institutions.
Most don’t care Julian Assange is a dead man walking.
They are unable to see the criminal state for what it is – a global Mafia operation that shakes down entire continents and wages wars of conquest and pillage for profit."
Posted by Chartrambler at 18:13 No comments:

is this an exhaustion top ? The rectangle represents 3 years in time 90 points  off  the 90 low ie  a doubling..I also drew a red trendline which needs to break . The red horizontal lines are the tops preceding the current high and breaking these would suggest weakness and a reversal

Posted by Chartrambler at 09:39 No comments:

an elliptical base with time symmetry around the fulcrum ? and gold loves to reverse on the solstice dates

Posted by Chartrambler at 14:49 No comments:

Posted by Chartrambler at 21:16 No comments: 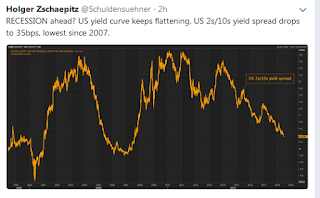 Posted by Chartrambler at 10:09 No comments:

Further evidence that Britain is turning into an Orwellian dystopia

Outstanding analysis of the Alison Chabloz case by @GiladAtzmon


By Gilad Atzmon
The Jewish Chronicle seems dismayed that the singer-songwriter Alison Chabloz has escaped jail time, at least for the time being. But the message conveyed by Ms. Chabloz’s conviction is devastating for Britain. This kingdom has, in just a short time, become a crude authoritarian state.
For posting so-called ‘grossly offensive songs’ on the internet, Chabloz was sentenced by District Judge John Zani to 20 weeks imprisonment suspended for two years. It seems that now music is deemed a major threat to Britain.
Chabloz was also banned from posting anything on social media for 12 months. I am perplexed. What kind of countries pre-vet social interaction and intellectual exchange? Israel imposes such prohibitions on its Palestinian citizens. Soviet Russia banned certain types of gatherings and publications and, of course, Nazi Germany saw itself qualified to decide what type of texts were healthy for the people and actively burned books.  I guess that Britain is in good company.
Chabloz was further “ordered to complete 180 hours of unpaid work.” This amounts to something in the proximity of 90 Jazz gigs. And Chabloz is required to attend ‘a 20-day rehabilitation programme.’ In 21st century Britain,  a singer songwriter has been sentenced to ‘re-education’ for singing a few tunes that offended some people. The initial objective of the Nazi Concentration camp was also to ‘re-educate the people.’  Dachau was built to re-educate cosmopolitans, dissenter communists and to make them into German patriots. I wonder what this particular rehab program will entail for the revisionist singer? Chabloz was guilty of introducing new lyrics to Ava Nagila, will she have now to learn to sing Ava Nagila in Yiddish, or maybe to try to fit her own  original ‘subversive’ lyrics to the music of Richard Wagner? Who is going to take care of Chabloz’s education, and what happens if the singer insists on continuing to mock the primacy of Jewish suffering or far worse, compare Gaza to Auschwitz?
Satire aside, the Chabloz trial and other recent legal cases suggest to me that Britain is no longer the liberty-loving place I settled in more than two decades ago. If liberty can be defined as the right to offend, Britain has voluntarily removed itself from the free world. In contemporary Britain, exercise of the ‘right to offend’ evidently leads to conviction and possible imprisonment. And who defines what establishes ‘an offence’? British law fails to do so. Chabloz was disrespectful to some Jewish cult figures such as Elie Wiesel and Otto Frank (the father of Anne Frank). Would Chabloz be subject to similar legal proceeding if she offended the Queen, the royal family or Winston Churchill? What message is Judge Zani sending to British intellectuals and artists? Since every person, let alone Jews, can be offended by pretty much anything, Britain is now reduced to an Orwellian dystopia. We may have to accept that our big Zionist brother is constantly watching us. If we want to keep out of trouble, we better self-censor our thoughts and learn to accept the new boundaries of our expression.
Democracies are sustained by the belief that their members are qualified to make decisions regarding their own education: they decide what films to watch, what books to read and what clubs to join. Seemingly, this is no longer the case in Britain. Decisions regarding right and wrong thoughts are now taken by ‘the law’. According to the JC, Judge Zani told Chabloz that :“The right to freedom of speech is fundamental to a fully-functioning democratic society. But the law has clearly established that this right is a qualified right.”
While many of us believe that freedom of speech is an absolute right, Judge Zani made it clear today that this is not the case or at least not anymore. Freedom of speech in Britain is now a ‘qualified right.’ In other words Government and the Judicial system are allowed to interfere with such right at any time. Just two years ago, the Crown Prosecution Service didn’t think that Chabloz should stand trial. Presumably at the time the CPS didn’t believe that Chabloz’ rights should be qualified or quantified. Two years later there has been a clear change in speech that is prosecuted.
Article 19e of The Universal Declaration of Human Rights, signed by Great Britain and enacted in 1948 declares: “Everyone has the right to freedom of opinion and expression; this right includes freedom to hold opinions without interference and to seek, receive and impart information and ideas through any media and regardless of frontiers.”
This was the law in 1948.  In 2018, freedom and democracy are rights we have to remember, we experience them no more.
Posted by Chartrambler at 00:15 No comments:

this is a corrective pattern,not impulsive

watch major Gann number 7200 on the Naz...we may have a 3 drives pattern in play
Posted by Chartrambler at 20:35 No comments:

June 10, 2018 by: Jayson Veley
Speaking before an audience during an event held by the Council on Foreign Relations, Richard Stengel, a former high-level U.S. government official, head of the office for Public Diplomacy and Public Affairs at the State Department from 2013 to 2016, and regular commentator on the fake news network MSNBC, argued that governments have a responsibility to direct propaganda at their domestic populations and ultimately control the political narrative.
“Basically, every country creates their own narrative story and, you know, my old job at the State Department was what people used to joke as the ‘chief propagandist’ job,” Stengel explained during the CFR event. “We haven’t talked about propaganda… I’m not against propaganda. Every country does it, and they have to do it to their own population, and I don’t necessarily think it’s that awful.”
All major network news programs and social media like Facebook are controlled by the CIA. These, and scores of government-orchestrated think tanks, work 24/7 devising ways to interfer and control elections and policy in every country. The US even goes beyond interferring with elections – it creates wars in countries to overthrow democratically elected governments. Every war in recent history has been created by fake news and propaganda – mostly by the US Government, the British government, or the Israeli government.
And as always, the victims are blamed for the discord and chaos created by US agencies working in foreign lands.
Posted by Chartrambler at 20:34 No comments:

Ftse futs weekly chart....pretty well perfect bear setup
this weeks candle is a doji. Last weeks was a hanging man,previous week was a bearish shooting star.Trendline break and false breakout are the operative patterns
So the setup is bearish against a close above this week's high,with possible downside a 38,50 or 61.8% retracement of the previous 1036 point upward range,maybe even more....

Posted by Chartrambler at 00:09 No comments: