Every day makes more evident the importance of the role which will have to be played by covert operations if our national interests are to be adequately protected.”

Those were the words of US State Department official George Kennan in 1949. He was referring specifically to the urgency of an American covert operation to unify Europe economically and politically.

In other words, to build an early forerunner of the EU.

A United States of Europe, built with US assistance and cash.

There’s evidence to suggest this is true. The CIA may even have been involved. The question I’m asking myself today is: does the EU, eurozone and the modern European superstate exist because the US deep state and intelligence agencies desired it?

It’s a pertinent time to ask that question. If it’s true, how does Donald Trump, supporter of Brexit, trade barriers and national borders and anti-EU fit in?

Yesterday evening Trump and Giuseppe Conte gave a press conference in which their alignment on key European issues became even clearer. You could describe both men loosely as eurosceptics. Though that term means different things when one runs a country in Europe and the other doesn’t.

Conte praised Trump for his “positions and stances which are expressed with clarity”, among other things. There’s obviously a connection between the two. We’ll discuss what that could mean in a second.

An economy in ruins. A fractured political establishment. Millions dead or displaced. Against this backdrop the US sought to rebuild Europe – using American federalist ideas, institutions and political structures.

The conduit for this project was the American Committee on United Europe (ACUE), which was organised in 1948 by Allen Welsh Dulles.

That name may be familiar to you. Dulles went on to become the first civilian head of the CIA. They even named an airport after him just outside Washington. I’m not sure how much of an honour that is. Though I’m judging that by the quality of the bars in the airport, which is perhaps unfair (they’re awful).

The connections between the ACUE and the US intelligence community go deeper than that. But the historical what if I’m pondering is – would the modern European superstate exist today were it not for US covert operations and cash back then?

It’s hard to say. From a US federalist point of view the project worked. The US exported American ideas on markets and politics to Western Europe. Then it exported actual American goods and set up American-dominated military-political institutions (NATO).

But what never happened in Europe was the formation of a genuine United States of Europe. That’s actually what’s caused many of the imbalances and tensions between nations on the continent today. You have complete integration in some areas (like trade and monetary policy) but not in others (fiscal policy).

That leads to the situation we discussed yesterday regarding Target2 balances. If you missed my piece, here’s a link back to it. Compare the imbalances between Italy and Germany to those between California and Florida. Or England and Scotland, for that matter.

There are imbalances. But those imbalances can be relieved and netted off against one another within a union or federation that combines fiscal, monetary, political and economic elements. In Europe no such singular institution exists to relieve the pressure.

If that sounds like an argument for a United States of Europe, it’s not. It’s an argument against an elite forcing some of those elements (a shared currency) on the population without thinking through the consequences, and without the popular support on the ground to build the system out in full.

I’ve said it before. But it bears repeating. Building a system in which pressure constantly and inevitably builds with no real release valve is a recipe for disaster. Worse than that: it’s a blueprint for economic Armageddon. I’ll come back to this tomorrow.

After writing yesterday’s piece, Boaz Shoshan and Nick Hubble carried on the discussion of how (and why) currency unions collapse. One thing occurred to me after those discussions – a lesson from history. And that’s the fact that in several instances in the past, currency unions came apart when the strongest nations left, rather than the weakest.

Two examples: Slovenia and Croatia both accumulated large surpluses as part of the Yugoslav dinar system. They were “winning” internally. But those balances were paid with increased credit rather than hard currency, persuading Croatia and Slovenia to leave. The same thing happened within the Russian rouble system in the early 1990s. Countries like Belarus and Moldova accumulated huge balances (as much as 11% of GDP) with Russia. Russia again issued credit to pay these balances.

In both cases the issue of credit led to inflation and the breakup of the system. But it was the strong realising they’d be better off out of the system, rather than the weak walking away, that brought about that end.

Map that on to today’s Europe and what do you get? You get an economically strong nation like Germany accumulating “claims” within the Target2 system in reward for its trade balances. How long can that last before the Germans realise they’re being ripped off?

That’s the question Nick Hubble is pondering. Perhaps the euro ends when Germany walks away? I have to say I can’t see it. But it’s worth thinking on.
Posted by Chartrambler at 18:16 No comments:

FTSE appears to  have completed wave B .Wave C targets 7215-7220 (on the nearest futures chart)  which are the wave equality and 61.8% retracement ,respectively. Break of the 4 day low mng ave offset 2days could be used as a trigger if desired
The final chart which is a 4 hr chart depicts a purported distribution pattern

Posted by Chartrambler at 11:13 No comments:

QQQ's (Nasdaq 100 tracker) have completed a move from 1/4 of the Gann circle to 1/2,a doubling in price from 90 to 180 in marginally less than 3 years and posted a bearish weekly reversal candle this last week

Posted by Chartrambler at 11:09 No comments:

Posted by Chartrambler at 10:58 No comments:


I spent 33 years and four months in active military service and during
that period I spent most of my time as a high class muscle man for Big
Business, for Wall Street and the bankers. In short, I was a racketeer, a
gangster for capitalism. I helped make Mexico and especially Tampico
safe for American oil interests in 1914. I helped make Haiti and Cuba a
decent place for the National City Bank boys to collect revenues in. I
helped in the raping of half a dozen Central American republics for the
benefit of Wall Street. I helped purify Nicaragua for the International
Banking House of Brown Brothers in 1902-1912. I brought light to the
Dominican Republic for the American sugar interests in 1916. I helped
make Honduras right for the American fruit companies in 1903. In China
in 1927 I helped see to it that Standard Oil went on its way unmolested.
Looking back on it, I might have given Al Capone a few hints. The best
he could do was to operate his racket in three districts. I operated on
three continents.
Posted by Chartrambler at 18:28 No comments:

War is just a racket. A racket is best described, I believe, as something that is not what it seems to the majority of people. Only a small inside group knows what it is about. It is conducted for the benefit of the very few at the expense of the masses
Posted by Chartrambler at 09:28 No comments:


**The UK financial system loans a scary amount of money out to other financial institutions – in fact, FIVE HUNDRED PERCENT more than the G7 average. As of 2014 (the latest figures available) this figure stood at 34% of our entire GDP.
**The UK financial system has the highest exposure to foreign debt in the G7 – again, because our entire banking system is one big 'super spreader'.
**It is by far the most bloated sector, compared to the size of our economy, of any G7 nation. Banking assets are worth four times the entire UK economy.
**It is second only to Canada when it comes to exposure to consumer debt. Consumer debt is expected to reach 150% of GDP by next year.
**It has the lowest 'useful lending' ratio (lending to real businesses not other financial institutions) in the G7.
**It has the highest 'risky assets' ratio of any G7 nation (the ratio of safer 'core' assets to riskier 'non core' assets).
**It has the highest level of 'securitised assets' in the G7 – complex securities that helped create the last crisis.
**The highest leverage (borrowing) ratio of any G7 banking system

Posted by Chartrambler at 10:10 No comments:

Posted by Chartrambler at 14:05 No comments:

I like David Icke.He is regarded by many as a nutter.I dont agree with everything he says but I think his perspective on things is one which all would be well advised to consider,at the least to be aware of.People need to be less tribal in their perspective,to be more aware of how they are being manipulated

Posted by Chartrambler at 19:49 No comments:

a personal view about "the complexities of BREXIT"

I despair about how stupid so many Brits are,wrangling their hands about how "hard it is to understand Brexit"
Brexit is about REGAINING SOVEREIGNTY.....Its really simple....you foolishly married someone who turned out to be a complete psycho.She is stealing your money,undermining your authority and controlling and exerting a bad influence on your children.She is clearly going to have a complete breakdown,its just a question of when. So you divorce her and move on.....yes it will involve pain and difficult transition strategies but its not a difficult decision to make....unless you are really stupid,which apparently millions of my countrymen are

Now I am not saying we have a great democracy or that it  not seriously flawed and corrupted by big corporate interests,corrupt politicians and a despicably establishment serving media  and  an increasing useless education system......BUT at least we have the hope of changing it whwn enough people wake up.............there is no hope of that if we remain in Europe
Posted by Chartrambler at 18:09 No comments: 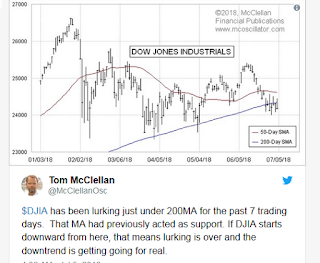 Posted by Chartrambler at 12:58 No comments:

this is the 2 day blended candle chart with 8 and 13 ema......looks like a fast move down to support is coming

Posted by Chartrambler at 12:56 No comments:

Posted by Chartrambler at 10:48 No comments: