Posted by Chartrambler at 23:58 No comments:

"Filmmaker Richard Grove of Tragedy and Hope joined me for one of the early episodes of Esoteric Hollywood to discuss the suppression of logic, reason and history in the form of mass education and social engineering. Richard and I delve deep into 9/11 monetary scams, the history of western intelligence"
Posted by Chartrambler at 21:10 No comments:

Posted by Chartrambler at 10:33 No comments:

Posted by Chartrambler at 08:59 No comments:

Posted by Chartrambler at 08:00 No comments:

the doji in itself is not a sell signal,just a warning ....a break below the moving aves would be actionable though,imo

Posted by Chartrambler at 17:39 No comments:

this is the future,there is a unfilled gap at 5920

Posted by Chartrambler at 17:37 No comments:

these trendlines are drawn slightly differently to yesterday's chart but the surmise is the same,that we are testing the neckline of a topping pattern (S&P 2 hour chart) 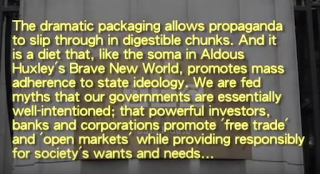 Posted by Chartrambler at 18:51 No comments:

https://www.youtube.com/watch?v=TJgv39GtcJ0   When False Flags dont Fly
Posted by Chartrambler at 18:25 No comments: 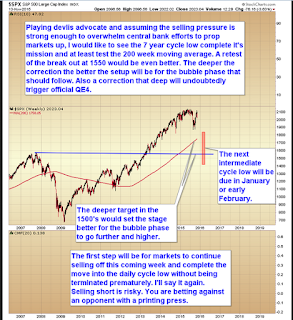 Posted by Chartrambler at 13:28 No comments:

"There is a shifting of frequency and consciousness happening on a scale that this age old system of control has never experienced before in its entire history, and that is one that grows by the day in numbers and strength, one that is on a World-wide scale, whilst the the system still uses out-dated methods of control that relies on separation and division that once worked on a local, regional, nation, and international level, by manipulating that the current media of the day.
We are now learning to rely more and more on each other for sources of information rather than relying on corporate and state (same thing really) funded entertainment media outlets that run (N)ot (E)ven (W)orth (S)eeing stories for the emotionally unstable child-minded masses consumption, who just like a child that has had there favourite toy wrenched away from them will react with pure, un”adult”erated emotional outbursts a system of propaganda that has trained the masses to do so since childhood, who become like Pavlov’s dogs that react to the ringing bell of the media and salivate with dripping emotion demanding their remedy."

Dax ....we got  a red bar sell signal but have not yet seen the expected degree of followthrough

Posted by Chartrambler at 21:55 No comments:

Having problems posting charts....the bear setups in Ftse and Dax seem to be working nicely,though the Dax is lagging Ftse,Dow etc on the downside....catchup due !
Posted by Chartrambler at 22:22 No comments:

Jesse's gold chart.....today looks like it could be climactic,but I am not going to prejudge. There was a clear sell signal last Wednesdsay with the bearish engulfing topping tail candle 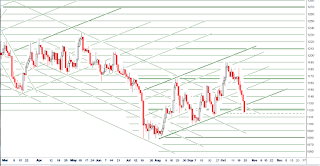 the red bar is posted for illustrative purposes,its not a real bar ,(yet anyway :-)

....this stuff makes me want to  vomit

"But it’s not just about money. Naturally the U.S. would much prefer to deal with just one partner – Brussels – in its convoluted trade negotiations with Europe. It also wants to safeguard Europe’s transition to a fully supranational system of governance, a project that the U.S. government has strongly supported and actively (and covertly) assisted since the creation, in 1951, of the European Coal and Steel Community. That’s over half a century worth of political capital.
And now that capital is at risk. The British government, largely in response to public pressure, has done the unthinkable: it has offered the people of Britain a democratic choice between continued membership or exit of the world’s most ambitious experiment of regional integration. If the people vote for the latter, they will force open a door that doesn’t yet exist. Once open, that door may prove difficult to shut. Others may be tempted to cross its threshold.
For that reason alone, the business and political establishment in Brussels, London, and now Washington will stop at nothing to make sure that when the big day comes, the British people, like the Irish before them (second time around, of course), vote the right way. By Don Quijones, Raging Bull-Shit."

Posted by Chartrambler at 21:15 No comments: